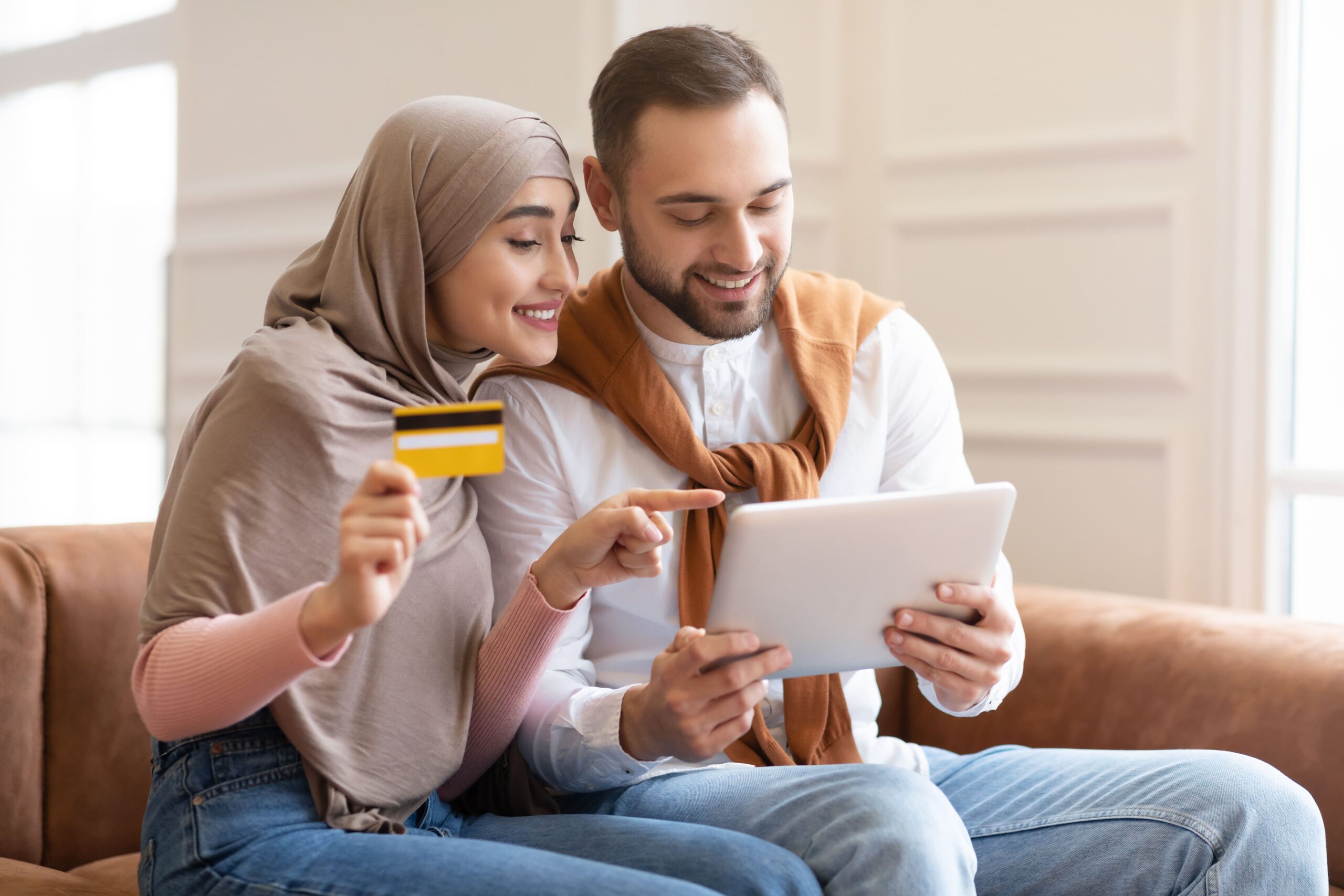 Islamic FinTech: Why it’s Gaining Prominence What ideas and images does your mind conjure up when you hear the term Islamic Fintech? Islamic finance is a somewhat ubiquitous term in the Muslim world but is yet to garner the attention of the masses on a global scale. Given the surging rise of FinTech across the world with innovation in technology and the amenability of the masses to utilise technology in the realm of finance, FinTech is bourgeoning and is the future of financial transactions, payments as tangible money transactions, and brick-and-mortar banks are paving the way for neo banks and digital payments.

Islamic finance is a considerably large facet of the existing banking and finance sector that many Muslims rely on. In a layman’s term, it is banking and finance that is in compliance and adherence to sharia law. This is a segment that holds unprecedented potential but with the ever-evolving world of FinTech, new technology in the fray is making it easy for the customers to make financial transactions, investments, borrowing, and more.

The concepts of Islamic finance need to be delved into a bit further with its principles to better comprehend FinTech through the lens of sharia and Islamic law. There is a definitive need to understand how Islamic FinTech companies work, how they’re growing in number, and how they’re different from conventional FinTech brands.

One of the reasons for persistent growth in the FinTech sector is its scalability and that can be attributed to the rise of challenger and neo banks. They have demonstrated how technology can be leveraged to enhance, improve, and innovate financial services for not only the consumers but investors and banks as well.

The domain of finance and banking is evolving and amidst the morphing sector, Islamic FinTech is gearing for considerable growth in the coming years. According to the research data from Dinar Standard and Elipses, the size of the Islamic FinTech market in the Organization for Islamic Cooperation (OIC) was estimated to be around a staggering $49 billion in 2020. This is a precursor to the potential the sector has as many Muslim countries i.e Saudi Arabia, Iran, Malaysia, the Middle East, and more now have a growing number of Islamic FinTech companies. In view of the changing trends, Incubators are springing up in the Middle East and Malaysia is now home to more than 200 FinTech startups given its strong public support of the digital economy.

While all these figures augur well for Islamic FinTech, the reality of the matter needs to be taken into consideration as well; Islamic FinTech’s global market size only accounts for only 0.72% of the global fintech market size, which is minuscule. Despite this, the sector holds tremendous and colossal potential as investors and businesses are keenly observing the evolution of Islamic FinTech and how it can empower a new generation of customers who did not have initial access to FinTech products and services before.

Coming back to why there’s great interest in Islamic FinTech and why it is on a trajectory of growth can be attributed to a few factors. The first is due to the sizable customer base. Taking into account the demographic profile of the target audience, the followers of the Islamic faith are expected to reach 3 billion in number by 2060 creating a market size that holds immense potential. Regions like Central Asia now have a new generation of customers given that they have access to the technology and infrastructure needed to get access to FinTech services.

The other factor is linked to the growing number of FinTech companies and startups that offer customers, businesses, and investors an array of financial solutions by specifically focusing on the segment of society that did not have access to fintech solutions. With its many advantages, there are still caveats and obstacles given the nascent nature of the sector. The biggest challenge as of now is the lack of market awareness around the principles of sharia in accordance with the realm of finance, banking, and investment, and sharia-based financial services. This may not be a problem in Muslim countries but elsewhere it is a more common issue.

In the western countries, the UK has worked to actively abridge the knowledge gap pertaining to Islamic finance by ensuring the country becomes an important hub for those interested in it. The ICD-Refinitiv Islamic Finance Development Report revealed that in 2019, the UK had the third-largest number of Islamic Finance Education Providers, trailing behind Indonesia and Malaysia. In that same year, the UK also ranked third in the world for the number of Islamic Finance Conferences held.

This all bodes well for the future of Islamic finance given the role the UK is playing. In order for it to grow, more sharia-compliant products are needed such as sharia-compliant student loans to better equip the growing Muslim youth with FinTech services that they can avail and take advantage of. In the UK, there are approximately over 100,000 Islamic finance retail customers, and the value of Islamic funds is £600 million again reiterating the potential the market holds.

As the domain of FinTech grows, so does the number of people and communities it can benefit. Technology has enabled us to bring FinTech to the fore and with a litany of untapped markets, Islamic FinTech is but one segment that holds exponential potential and is bound to surge in the near future.

Drop us a message here! Our team will contact you very soon.

Let’s Get Social with us

“Our objective was simple; to build an intuitive remittance platform to allow users to swiftly, securely transfer funds, using the latest in technology innovation”

In a market saturated with poorly designed, uncompetitive digital remittance solutions, Vowpay (www.vowpay.com) wanted to be different and visioned a digital product that would be simple to use, secure and offer competitive rates in real time.

With the help of digitify, Vowpay were able to realise their ambitions and deliver an international money transfer app for sending money from the UK to Pakistan, available on both Android and Apple devices.

Before digitify even began any coding or development, it consulted with Vowpay to steer them through the complex regulatory minefield, to help them acquire the correct licencing with the Financial Conduct Authority (FCA).

Vowpay used a range of services from digitify to bring their idea to life, including:

But the app is the tip of the iceberg. Beneath the surface of this project is enormous work to integrate systems, superior regulatory expertise, and digitify’s close relationships with key service providers (e.g. KYC by Onfido).

If you’re looking to build a remittance product.

Speak to our technical and regulatory experts now – contact@stg.digitify.com 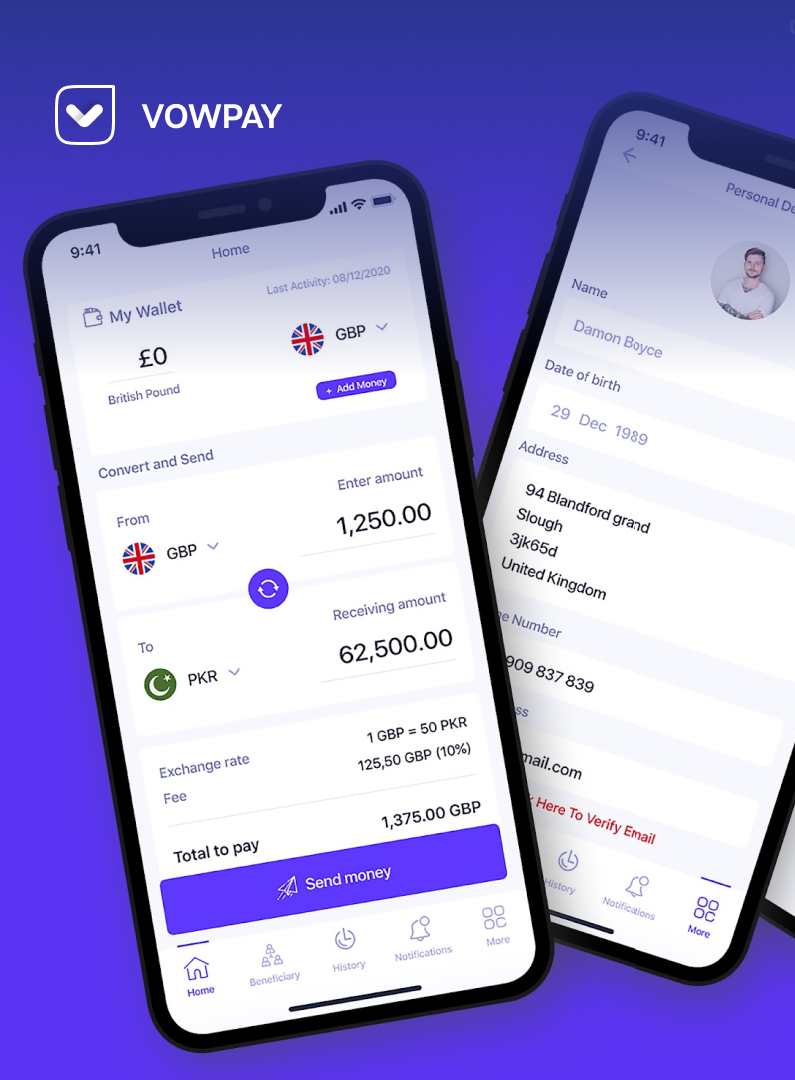 “As a technology company ourselves, we were very selective about our payment and application development partner.

We made absolutely the right choice”.

Xplora (www.xplora.co.uk) is an innovative provider of smartwatches for kids, trusted by over 400,000 users worldwide.

As a like-minded company who also focus on innovation and transformation, digitify were chosen to design a new mobile payments product for Xplora, from scratch, to work seamlessly with their market-leading smartwatch globally.

digitify worked closely with Xplora to develop the new Xpay mobile banking application, including the integration with Xplora partner bank and processor.

Alongside the development of the new Xpay app, digitify completed a cloud-native infrastructure redesign and upgrade, delivering a scalable and secure platform for growth; allowing Xplora to move away from ageing legacy platforms and monolithic working practises, and embrace the latest technology stacks and microservice methods.

To find out more about how we created this IoT solution. 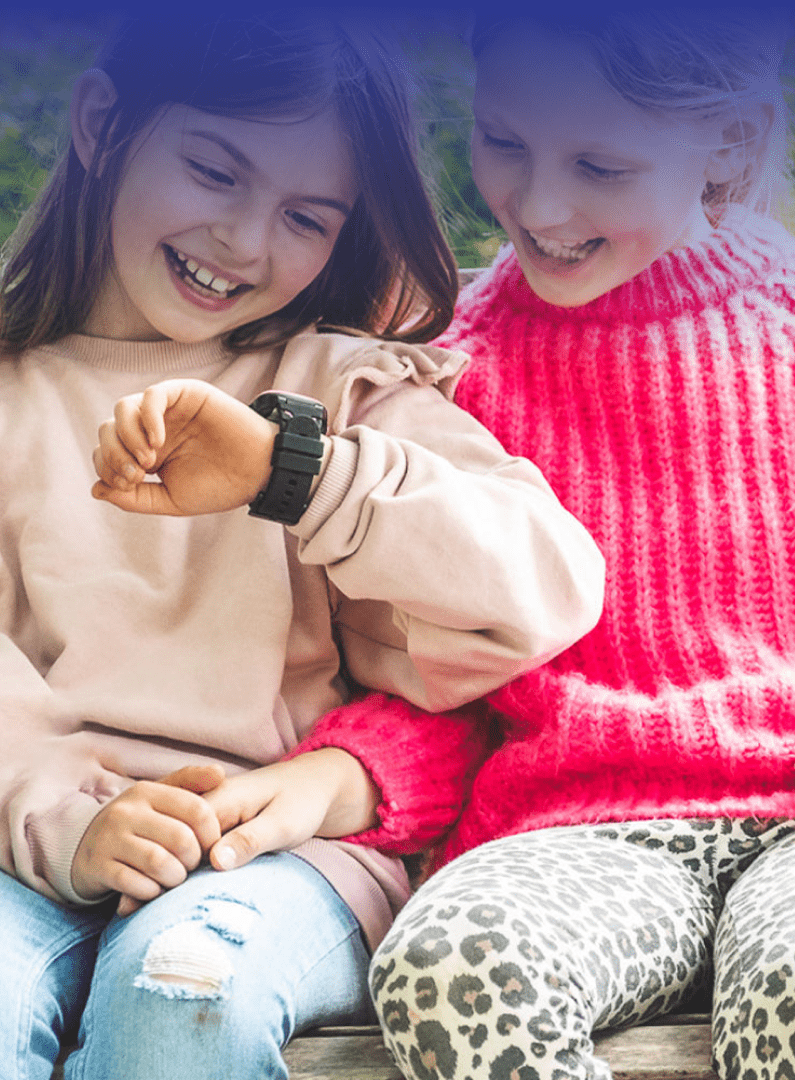 “digitify worked closely with us at every step along the way to design, build and launch YAP.  A true partnership & real transformation”.

YAP was born from the need to make it easier to perform online transactions and transfer money digitally.  Working with the National Bank of Ras Al Khaimah (aka RAKBANK), YAP wanted to create a digital banking product to empower users with the level of financial control they demand.

The leadership team approached digitify to turn their ideas and plans into a reality, and they did so at the very start of their journey, knowing our expertise spans the full design, development and deployment process.

YAP utilised all major services from digitify throughout the project lifecycle including:

As a result, digitify helped YAP to become the first independent digital banking platform in the UAE, giving the Bank a real competitive advantage.

As a significant project, the best way to find out more is to talk with our experts. 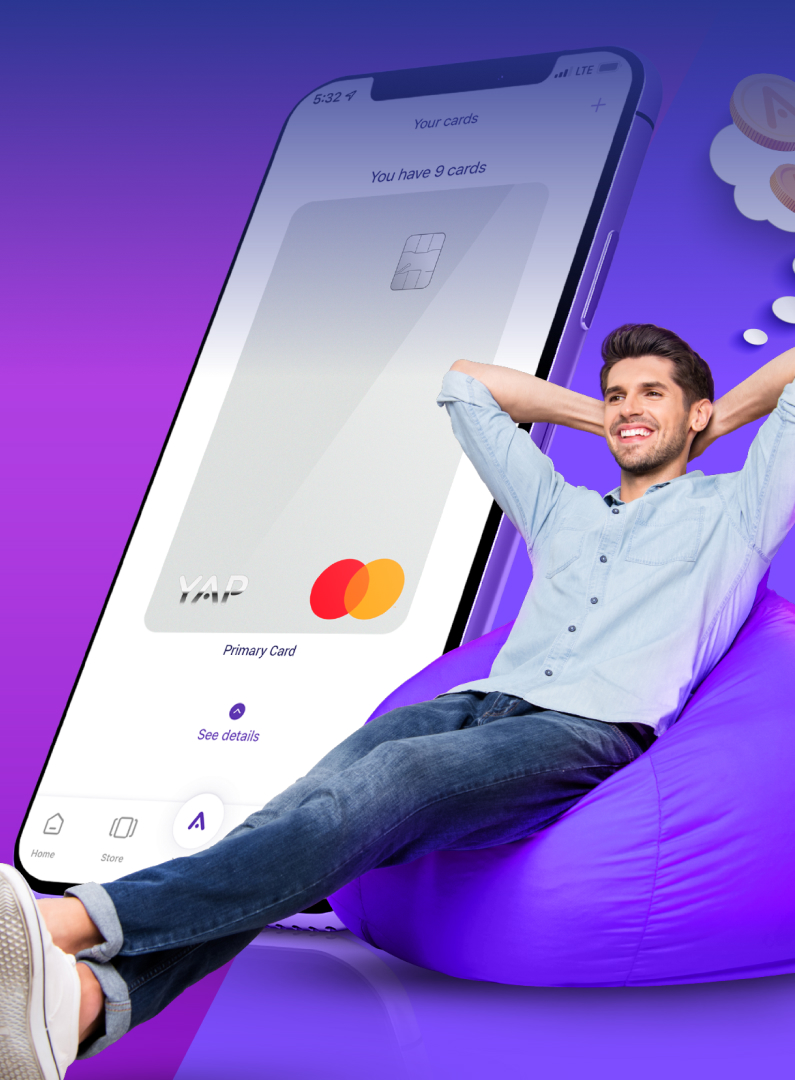